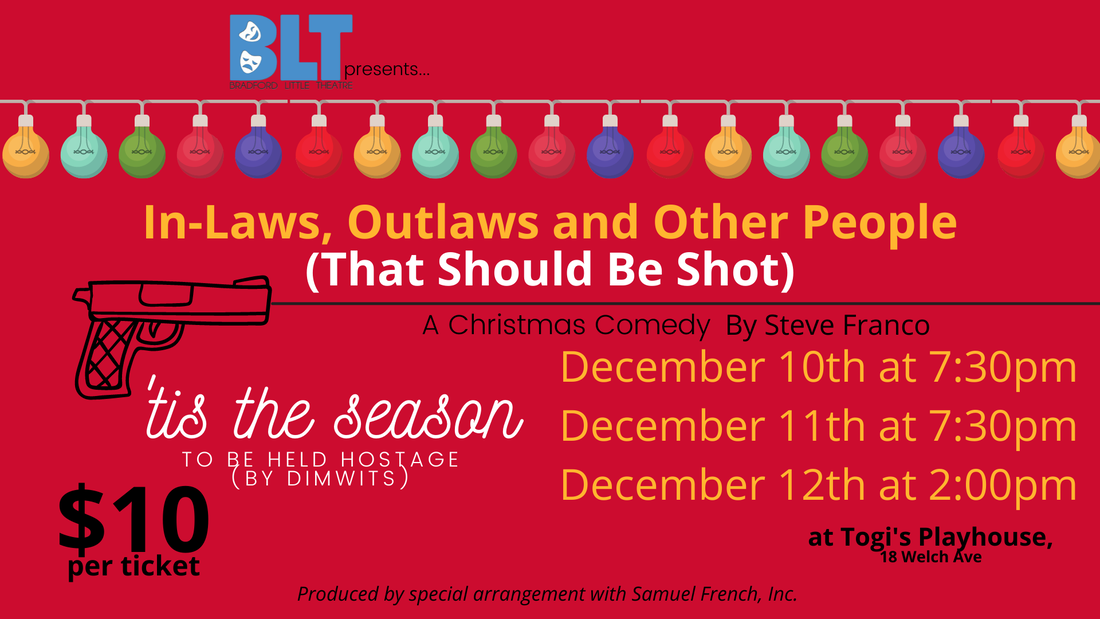 BUY TICKETS NOW
This comedic holiday play, written by Steve Franco, is sure to delight audiences.  “In-Laws, Outlaws, and Other People (That Should Be Shot)” tells the story of the Douglas family as they are busy preparing for the arrival of their quirky relatives for their annual Christmas Eve dinner.  Meanwhile, Tony and his dim-witted sidekick Vinny, have just robbed a neighborhood liquor store and need a place for a hideout.  After the two robbers gain entrance into the Douglas home, they suddenly find themselves in charge of an ever-growing list of family members that they are forced to hold hostage.

Tickets available early January 2022
Beanstalk! The Play! This one act, one hour play is for audience members of all ages and tells the story of Jack and the Beanstalk - with twists & turns and creative characters. ​

TICKETS AVAILABLE MID-APRIL 2022
From Playscripts, Inc :  Accusations, mistaken identities, and romances run wild in this traditional, laugh-out-loud farce. Two nuns at the Sisters of Perpetual Sewing have been secretly making wine to keep the convent's doors open, but Paul and Sally, reporters and former fiancees, are hot on their trail. They go undercover as a nun and priest, but their presence, combined with the addition of a new nun, spurs paranoia throughout the convent that spies have been sent from Rome to shut them down. Wine and secrets are inevitably spilled as everyone tries to preserve the convent and reconnect with lost loves.